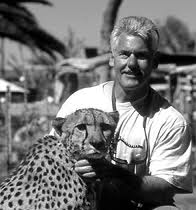 Daniel Smith was named Ducks Unlimited International Artist of the Year in 1988 and  in 2002. In 1996, Dan was inducted into the U.S. Art Hall of Fame due to his great  popularity among print collectors. In 1996, Smith also received the People's Choice.  Award and Master Palette Award at the Masterworks in Miniature Show at Gallery

One in Mentor, Ohio. At the 1997 Florida Wildlife Art Expo, Smith was named the Artist of the Year; and in 2003, Daniel Smith received 3 prestigious awards from the  Society of Animal Artists: an Award of Excellence, The Leonard J. Meiselman Award  for a Realistic Painting Executed in an Academic Manner, and The Hiram Blauvelt Art Museum Purchase Award.

Today, Daniel Smith lives in the mountains of southwest Montana where he is  surrounded by North American wildlife that inspires him to paint. Daniel Smith's paintings  of nature have been published by Mill Pond Press since 1978. His artwork is the subject  of the following book: More Wildlife Paintings: Techniques of Modern Masters  (cover - Watson-Guptill Publications, 1996), and he can be seen in the video: Capturing
the Moment: The Artistry of Daniel Smith.

Daniel Smith travels frequently to research his subjects in their natural habitat,believing that there is no substitute for personal experience in the field. He says of  his artwork, "I want people to experience the peace, the tranquility of the wilderness,  of being the only one out there, communing with nature."