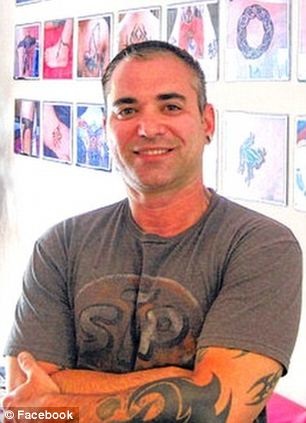 Ernesto Rodriguez is the kind of artist anyone can talk with. Extremely approachable, he has the down-to-earth charm of the guy-next-door - excited about his newest creations but unpretentious about his artistic flair and sophisticated eye. It is classic style genre imagery filled with an intensity of atmosphere that makes the viewer an insider; a living, breathing part of the image. His pieces attract; you want to know more, where it started, where it's going. The viewer's curiosity makes this artist and his work take flight.Rodriguez was born in Cuba. His parents owned a business so the young Rodriguez was often left in the care of his grandfather who was an artist specializing in murals. The artist's fondest memories are of being an artist with his grandfather, making a mess of his paints, brushes, and home, but his grandfather never got upset. At nine years old, his family left Cuba for the United States and, sadly, Rodriguez never had contact with his grandfather again. While this was extremely sad for the budding artist, nevertheless he feels there will always be a strong spiritual connection.

To fulfill his parents' career expectations, Rodriguez earned a Masters degree in psychology from San Diego State University and then worked for the State Department as a school psychologist and teacher for the American School system in South America and the Middle East.

Rodriguez had continually dabbled with photography, but it wasn't until his transfer to Saudi Arabia that he started to get serious about pursuing it. An avid scuba diver, he befriended an underwater photographer from National Geographic. For three years, Rodriguez would guide his friend to interesting dive spots and the photographer would teach him about photography and light. These years of photo apprenticeship rekindled his love of art and encouraged him to pursue photography full time.

Rodriguez and his family returned to the United States. Corporate jobs came quickly and easily and his commercial work flourished. Ernesto Rodriguez Photography was born. Although Rodriguez was glad to be doing something that he loved, he still felt there was an untapped creative side that was not being fully expressed. The impetus he needed to pursue fine art professionally came when he was on a project for a large client who mentioned their search for artwork for their boardroom. Rodriguez provided them with some of his personal work. Word spread and the artist soon found himself doing gallery exhibitions and solo shows. He has received many special awards and commissions for everything from festival posters to merit awards to art competitions. He is included in several corporate and public collections, including Atlantic Richfield, Chevron USA, Port of Long Beach, and the American Embassy in Kuwait.
​
Part of the appeal of Rodriguez's work is his unique style and technique. He first shoots a color polaroid and then manipulates and enhances the photograph with special tools to give the image the right quality of atmosphere and intensity of feeling. This process heightens the mood and dreamlike quality of his images.
j.d.challenger, robert bateman, beki, anne below, paul calle, james christensen, govinder, daniel smith, mark smith, elizabeth ockwell, marks spain, mamie joe rayburn, anora spence, sldallas photography, jim nilsen photography, Renee Stieger-Simpson, sldallas photography, jim nilsen photography, steven wooster photography, sldallas, jim nilsen, steven wooster, beke killorian,