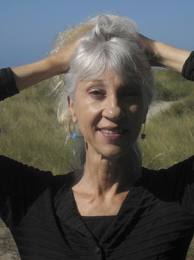 I have always been a still-life painter. My images openly play with the fact that art is artifice. In recent years, I have arranged objects in front of excerpts from old master paintings. Earlier in my career, while imitating 19th century American Trompe l’oil and 17th century Dutch still-life traditions in subject matter and formal elements of composition, I explored contrived or discovered relationships between seemingly unrelated objects. Mirrors or other formal objects often reflected the contemporary clutter of my studio. Light, shadow and three-dimensional spatial relationships played important roles, and I often used nontraditional perspectives, such as looking straight down on the still life arrangement. Among the subject matter, there would be an open book or a card portraying an image from a historical painting. In time, these excerpts became more prominent, and eventually I filled the entire background with a quotation from an old master painting. This connected me to a history of reinterpretation and artistic borrowing prevalent among artists. My images have evolved from a love of art history and a desire to present multiple levels of expression to my viewer.

Art stretches us by being several things at once. It can be a ripe fruit ready to fall off the canvas onto the floor, but also, when viewed closely, a collection of brush strokes on a flat surface. The landscape that I place in the background is a flat surface but simultaneously a space in which the still-life objects reside. The objects are ordinary, but simultaneously monumental by virtue of their relationship to the majestic landscape in the background. Small scale animals and figures in the landscape are potent reminders of time, scale and our relationship to the natural environment. A vase of flowers before a dramatic deep space makes a comment by juxtaposing the mundane with the sublime, and also finds a potent emotional interaction that enhances some aspect of a past painter’s message. These dualities give me a rich palate for exploration. I set up my arrangements for color and formal compositional elements as well as for emotional and conceptual content. Content often derives from interactions that are discovered by trial and experiment. I enjoy finding resonance that did not at first occur to me.